Design and development of a mobile, multimedia recording studio 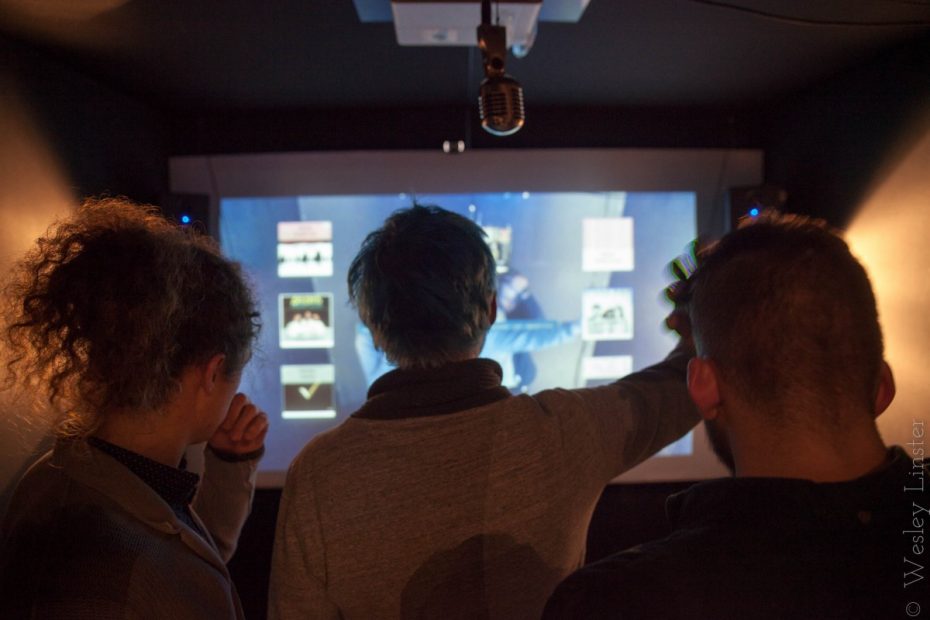 Boumchaka wanted a interactive animation for their festival “Freeze”.

C.U.B. is a booth where users can record their performance for 40 seconds. It is a giant cube containing a big screen proposing various activities: dancing, rapping, singing, or performing a show of air guitar, air scratch or “air cooking”.

The performance video is recorded and may be published on the C.U.B.’s website or on social media.

Monsieur Cube was involved from the early stages of the project and developed all the software, including an augmented reality interface.